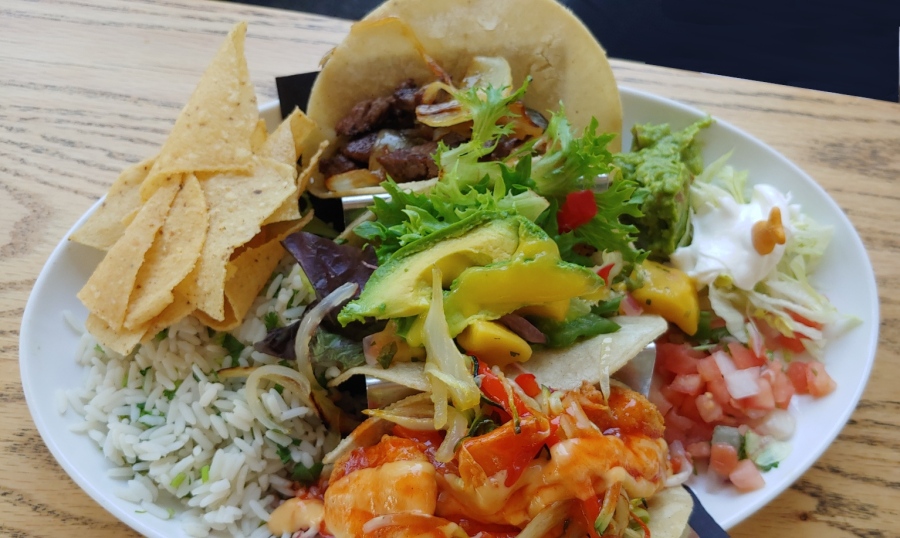 Rustic dining with fantastic fresh seafood and a great beer selection can be found at Lures Bar & Grill in Crownsville Maryland, just a few miles east of Annapolis. The seafood is so fresh that the rumor has it that they don’t even have a freezer.

I met some friends for a happy hour at Lures Bar and Grill and was so impressed with the food and drink there that I had to share. Located in Crownsville, Maryland it opened in May 2008 by owner Chuck Soja and his wife Jill. It is quite popular for those in the Annapolis area. Prior to opening Lures, Chuck had worked at a chain restaurant for 14 years. His dedication to quality is quite evident.

The first thing I noticed about the drinks menu is the wide selection of craft beers. Many are local to Maryland but they have beers from all over the east coast,plus a few from Quebec, California, and Michigan. All totaled, Lures has 26 beers on tap. Of special interest to me is there is a lot of sours, my favorite kind of beer. I chose one, the Snafu Cherry Pie, from Snafu Brewing Company of North Charleston, South Carolina. Sour with notes of cherry, it was exactly what I expected. Quite good. For my second drink, I had a Downeast Blackberry, from Downeast Cider of Boston, Massachusetts. I found it slightly tart and crisp; a very good cider.

Lures has about 17 appetizers which include staples such as nachos, crab cakes, fried pickles, and chicken tenders. We had two: Stuffed Jalapeños and Rockfish Bites. Both came out piping hot. The Rockfish were crisp and tender and served with two dipping sauces: a cocktail and a mildly spicy plum sauce. Of the two, I preferred the plum sauce. The Jalapeños were stuffed with a soft cream cheese, breaded and deep fried. They were accompanied by a creamy chipotle sauce, which complimented it nicely. I highly recommend both starters.

For my main course, I ordered Scallops with panko crusted smoked gouda risotto balls and Brussels sprouts. Given a choice of prepartions, I had the scallops braised. They were amazing! Lightly seasoned, crisp on the outside but tender on the inside, they were cooked to a perfection I rarely see. The risotto balls were superb as well: crispy on the outside while gooey and cheesy on the inside. The Brussels sprouts were finely shaved and sauteed, a preparation which I quite liked.

Several of my friends ordered the Tres Amigos Tacos Classico, one of the specials of the day. This dish consists of three tacos: one steak, one crispy shrimp, and one blackened mahi mahi. Accompaniments included avocado and pico de gallo sauce. Their review: “Excellent!”

There is a lot more options on the menu. They include sandwiches and burgers, Quesadillas, Cheesesteaks, and a short rib stew. One of my friends had a burger and said it was quite good.

Impressed with their food so far, I wanted to try one of their desserts. On the recommendation of our waitress, I ordered the Oreo Chocolate Mousse. I had to wait a little bit for it to warm up, but it was quite good. Filled with a creamy, chocolate mouse, topped with real whipped cream, and layered with plenty of Oreos. I was not disappointed

I was also impressed with the service at Lures. Even though we had a large crowd, the food and drinks came out promptly. Once or twice they made a mistake, confusing two taco orders, but those were quickly corrected. The wait staff was also friendly and helpful.

Lures has a rustic, laid back ambience. We stayed on the patio so I did not get a chance to experience the inside. I expect it has the same friendly country atmosphere that the outside does.